This webinar will provide an overview of potential challenges related to the interface between ATCOs and air crew in light of the evolving operating environment resulting from COVID-19. The webinar will also provide insights to best practices and mitigations during the recovery of air traffic. 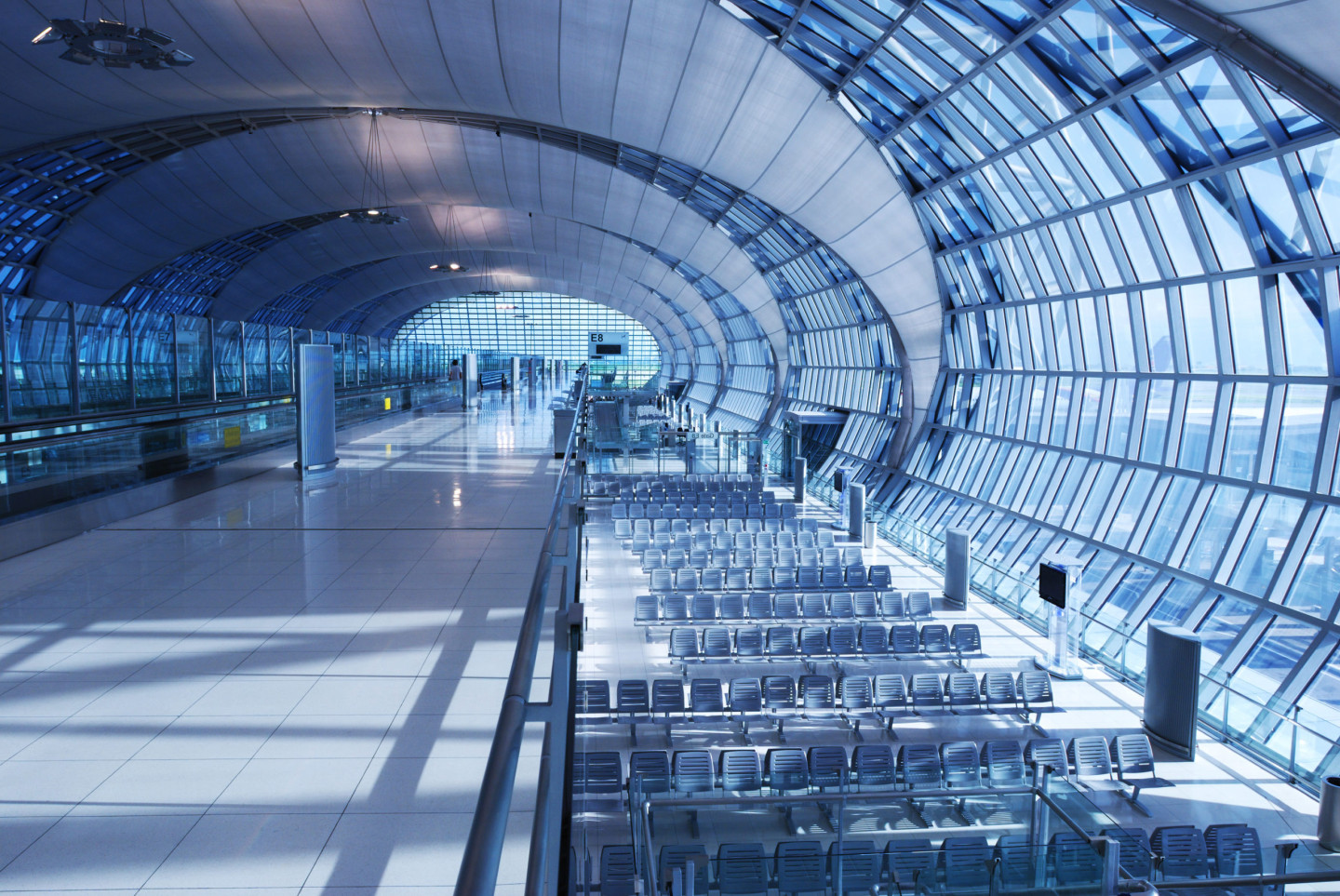 COVID-19 continues to have an impact on airport capacity and infrastructure in a number of areas including increased risks from wildlife at airports where operations have declined, combined with high levels of parked aircraft that attract birds. Returning to normal operations may require additional support and training for all airport stakeholders to address these challenges. Additionally, COVID has motivated the expanded operation of some airspace users, including new entrants. Special attention to those new types of operations will be required as traffic resumes.

In this session, industry experts will explore these issues and discuss mitigation measures that can be used to ensure safety as traffic levels start to build up. 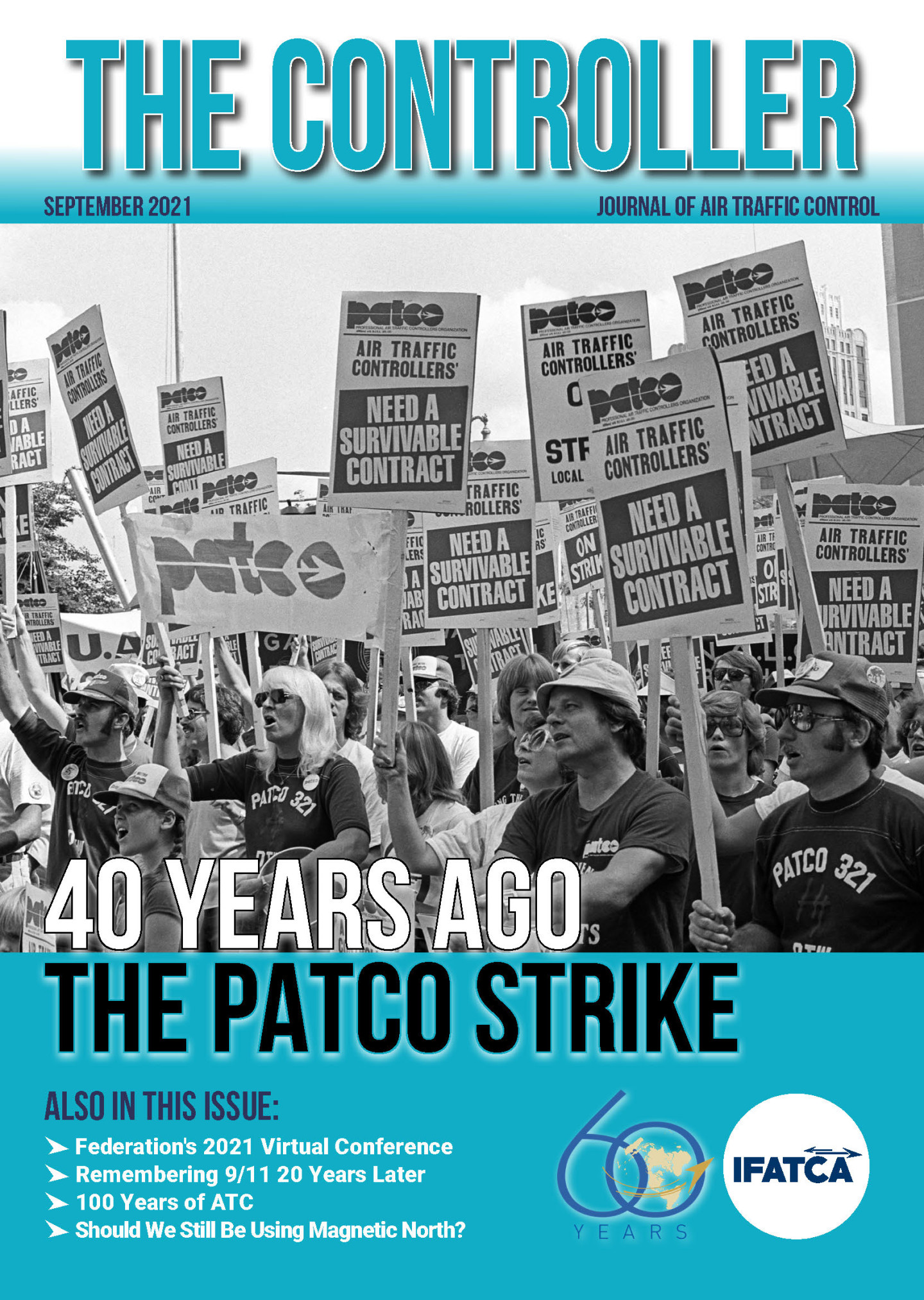 New Issue of The Controller 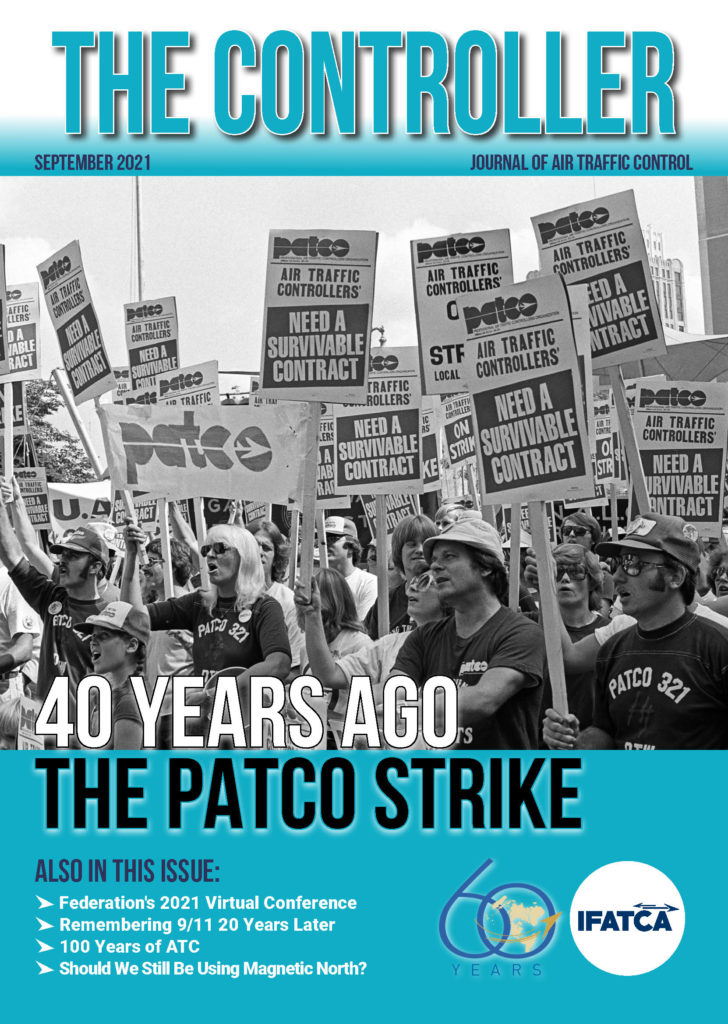 Thanks to the hard work of our Editor Thom Metzger (USA NATCA) and his editorial team, we're proud to present the latest electronic issue of The Controller. As usual, our magazine is available on a variety of platforms:

Besides being free, an electronic issue also offers new possibilities to interact with the content. Links in articles and adverts can be clicked and open to the relevant page The uncertainty brought on by COVID-19 is causing aviation stakeholders to explore new ways of working together. In addition to the need to minimize the negative impacts of the pandemic on workforce and operations, there are opportunities to look at how to ensure future resilience in a changing environment.

In this session, experts will explore areas for change and organization management during and after COVID. 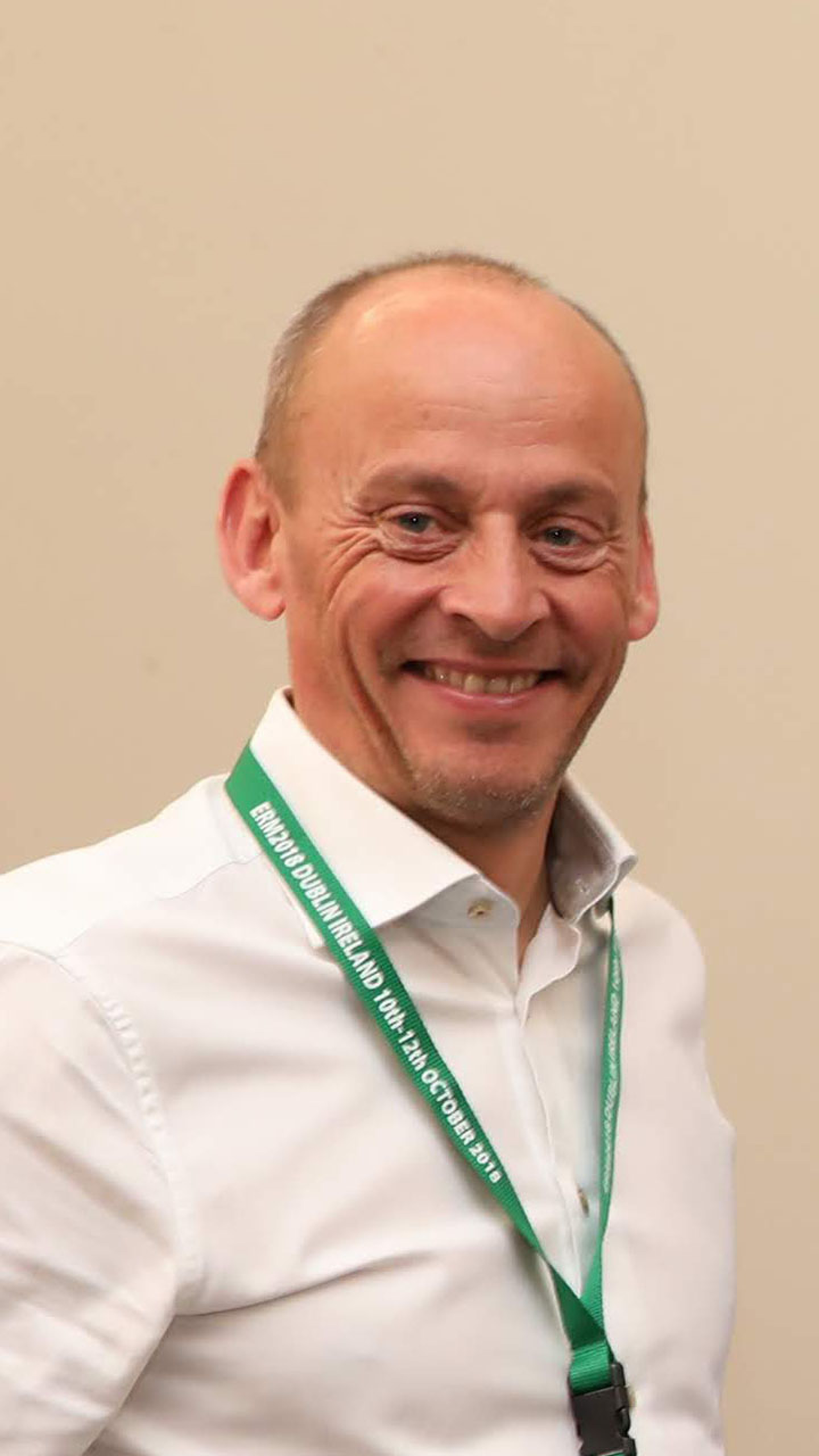 The IFATCA Executive Board is honoured to announce the appointment of Mr Jez Pigden (UK) as the next Conference Executive. As such, Jez will act as the liaison between (potential) host Member Association(s) and the Executive Board in planning and organising the IFATCA's Annual Conference. With ample experience on the Federation's Professional and Legal Committee and as committee secretary during quite a number of conferences, the Executive Board is confident that Jez is well placed to take up this challenging task.

As announced earlier, the IFATCA Speak English Program (SEP) is now available worldwide. The program provides an environment where air traffic controllers can practice plain English language and build up self-confidence in both usual and unusual situations that necessitate departure from standard R/T phraseology. Through a welcome and friendly English-speaking environment without any judgement or pressure, the program will not only assist the participants to improve their spoken English, but it will help them to actually think in English.

If you want more information, or you want to sign up as a participant or facilitator, please visit the SEP page here on our website. 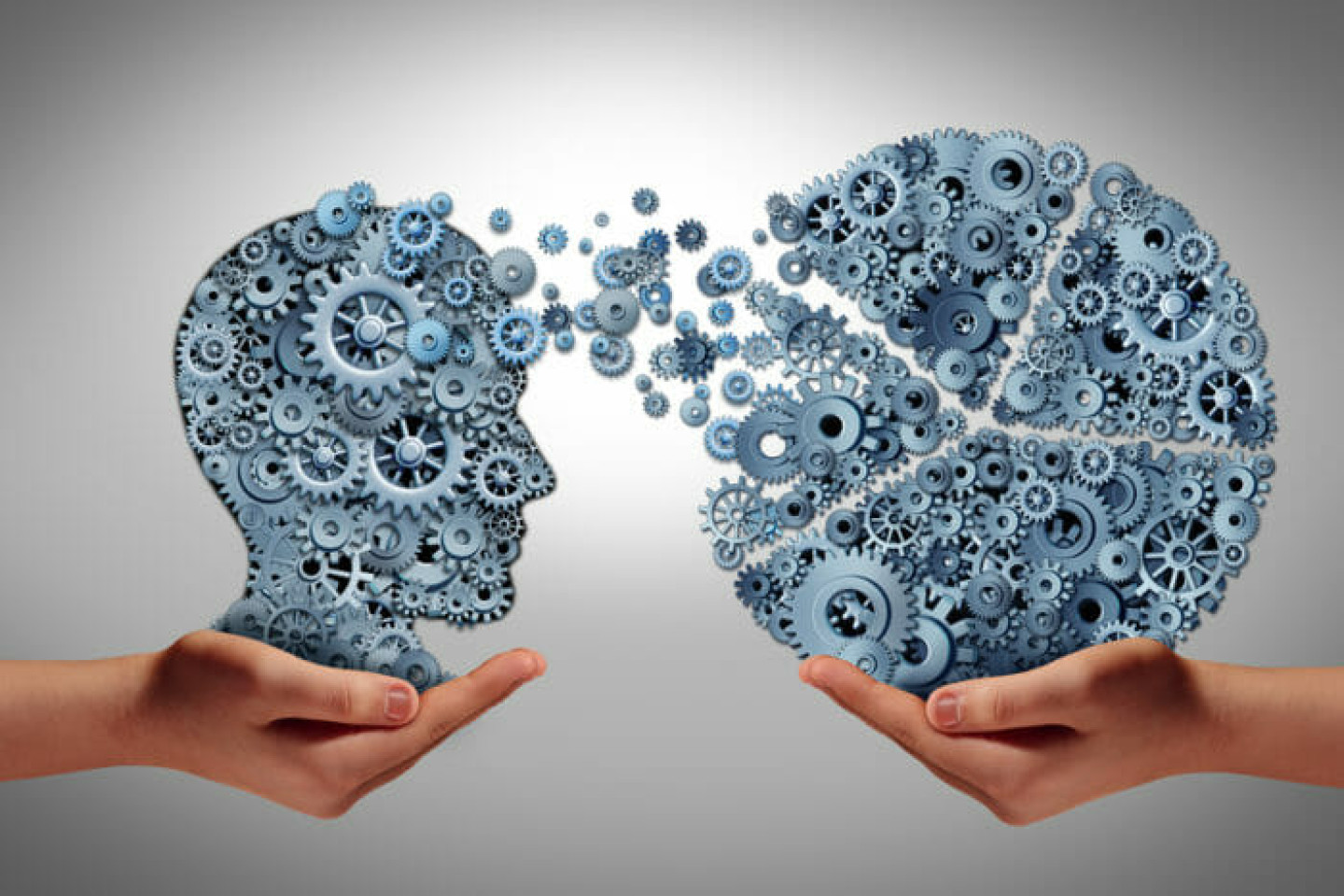 Webinar 3 - Human Factors for ATCOs, Dispatchers and Pilots in the Context of COVID

One year after the outbreak of the COVID-19 pandemic, operational staff and their working environments continue to be impacted. From dealing with changing protocols and requirements, and the associated stress they bring, operational colleagues and their supervisors are using different tools to meet these challenges.

In this session, experts will discuss the current and potential challenges, and share best practices that are being used to address them and ensure staff wellbeing throughout the restart and recovery.

Episode 3 – Human Factors for ATCOs, Dispatchers and Pilots in the Context of COVID

IFATCA’s “Speak English Program” (SEP), developed by the Asia/Pacific region, was kicked off today with a briefing. The program aims to enhance the English-speaking capabilities of air traffic control staff around the region. Through a welcome and friendly English-speaking environment without any judgement or pressure, it helps participants to be able to think in English, practice speaking and build self-confidence.

A typical one-hour session, involving one facilitator and up to two participants includes a warm up/introduction/ice-breaker; a discussion; a short video and a picture description session.

The program is open to all IFATCA Member Associations from May 1st 2021. More details can be found here. 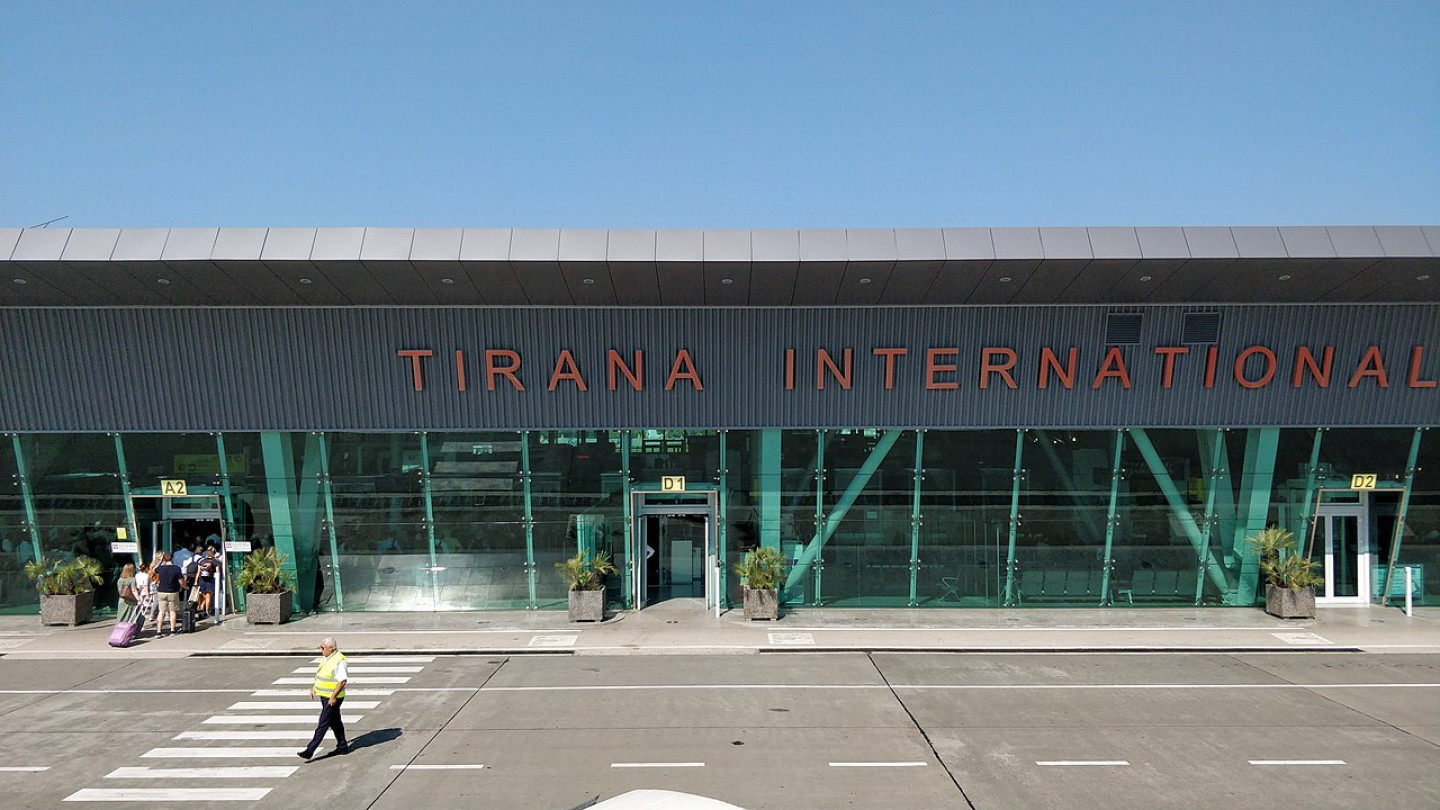 The following information is compiled to the best of our ability from information provided to IFATCA. Communication with the local controllers is extremely difficult and is likely monitored by authorities. Early on in the COVID crisis, Albcontrol unilaterally decreased the salaries of their staff, including those of the controllers, by up to 70%. Albcontrol claims they had no choice as they are a private entity and work on a 'cost-recovery' basis. The controllers have been trying to negotiate ever since, without any result.

Over Easter 2021, a number of controllers declared themselves unfit for duty, citing stress due to the uncertainty and financial issues. Albcontrol management reacted promptly and aggressively, which caused further consternation and unrest among their colleagues: more controllers declared themselves unfit for duty, resulting in disruptions of air traffic services at Tirana airport.

Politicians and the Albanian government (Prime Minister and Min. of Transport) reacted harshly: they accused the controllers of collaborating with their political opponent, the Albanian President. They claim the aim was to cause chaos in the lead up to the elections later this month and to disrupt the country's COVID vaccinations. They have even accused them of directly causing people to die by disrupting vaccines arriving in the country.

During the night of 8 April 2021,  27 controllers were brought to the prosecutor’s office for interrogation. At the time of writing, three of them remain imprisoned, charged with ‘abuse of office’ – an offence that normally only applies to civil servants, which they are not. They risk up to 7 years in prison. Two of them remain in jail; the third one was put under house arrest (as she is a young mother).

The Albanian government has passed a law, authorising "replacing the controllers, whether from outside Albania or inside”. Turkey promptly sent 12 controllers (6 TWR, 6 APP/ACC) who are currently in Tirana and have seemingly enabled “humanitarian” operations to take place at LATI until 1500UTC on 08APR (possibly using the Turkish controllers). NOTAMs closed both LATI and LAAA FIR until 0659UTC on 09APR. The Turkish controllers are there for 20 days - until after the Albanian elections, which appear to play a role in all this - as the arguments between Albania's president and prime minister show…

On Friday 9 April, the remaining controllers agreed to return to work, seemingly having been threatened with dismissal and similar charges to their three colleagues. They were forced to declare themselves fit for duty, raising the grave concern that they are actually performing their duty under duress. The Albanian government seems to keep the Turkish controller as a stick behind the door to pressure the local controllers, despite the fact that they are not rated on any of the local positions.

EASA and ICAO have been made aware of the situation but have remained completely silent on the matter. Note that Albania is one of EASA’s Pan-European Partners. This is a community of non-EASA European countries with which EASA cooperates on the implementation of the EU aviation safety rules - either in the framework of comprehensive aviation agreements already concluded with the EU or in anticipation of such agreements.

Information from Albania that due to the ongoing COVID-19 pandemic and the resulting cuts in remuneration, 60-70% of ATCOs have declared themselves unfit to work under their local competency scheme rules, citing undue stress as the main cause. Tirana TWR closes due to lack of staff. 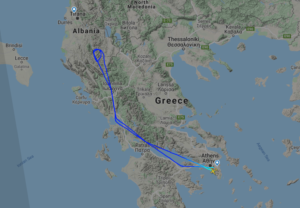 Neighbouring ACCs were potentially unaware of the situation in Tirana and at least one aircraft is diverted: AEE970 from Athens to Tirana returns to Athens after briefly holding in Albanian airspace. The Albcontrol ACC manager is allegedly trying to keep the centre open with minimal staffing, it is reported that those ATCOs on duty have been so at the ACC for several consecutive days already. 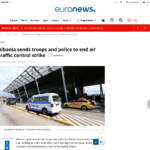 Various news outlets (e.g. euronews) begin publishing details of the Albanian MA’s action and this elicits reactions from Albanian MPs. The Minister of Energy and Infrastructure declares the action as a ‘coup d’état’ attempt in order to block COVID-19 vaccines from entering the country and links it to forthcoming election proceedings.

Details emerge that several Albanian ATCOs have not only been dismissed, but that some have been interrogated and arrested by the authorities.

Information that 12 civilian Turkish ATCOs have been dispatched to Tirana. They are staying at a guarded location in Tirana. They will be used to help open Albanian airspace 'on humanitarian grounds'.

The Albanian Prime Minister states publicly that the air traffic disruption is a political motivated move, instigated by the President and former Prime Minister. Elections will be held in Albania at the end of April 2021.

Information is received that Greece is upset at the presence of Turkish ATCOs in Albania and that it is investigating to send Greek ATCOs to Albania.

27 Albanian ATCOs are arrested and brought to Police stations for questioning. Phones are confiscated and they are told that they are under surveillance. They would be released next morning. Media reports that the former head of the Albanian Civil Aviation Authority is questioned by police.

Albanian ATCOs return to work and are being forced to sign a “fit for work” declaration (apart from the three previously mentioned. One remains under house arrest, while two others remain in custody. They are charged with 'abuse of power', which is punishable up to seven years in prison.

Media reports that Albania has taken steps to formally recognise foreign ATCO licences and allow them to work in Albania.

The three detained ATCOs appear in front of a judge, who confirms that they are to remain in custody.

Media reports that the three ATCOs are accused of “abuse of power” due to the alleged organisation of industrial action and placing substantial pressure on colleagues to comply with a coordinated response.

IFALPA issues a press release calling on Albania to adhere to international regulations and free the 3 air traffic controllers. IFALPA issues a bulletin warning pilots about safety concerns they have in the Tirana FIR.

Three controllers remain in custody, with a court date set for April 27th. ATCEUC have set up a fundraiser to raise money for their defence, as the assets of their association remain frozen.

In the meantime, parliamentary elections will be held in Albania on Sunday April 25th. 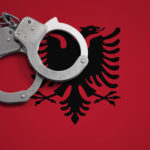 The Tirana Court of Appeals decided to convert the imprisonment of two controllers into house-arrest; the controller who was under house-arrest up to now has to been ordered to regularly report to the authorities instead (meaning the house arrest is lifted).

ATC Farm-out must be prohibited 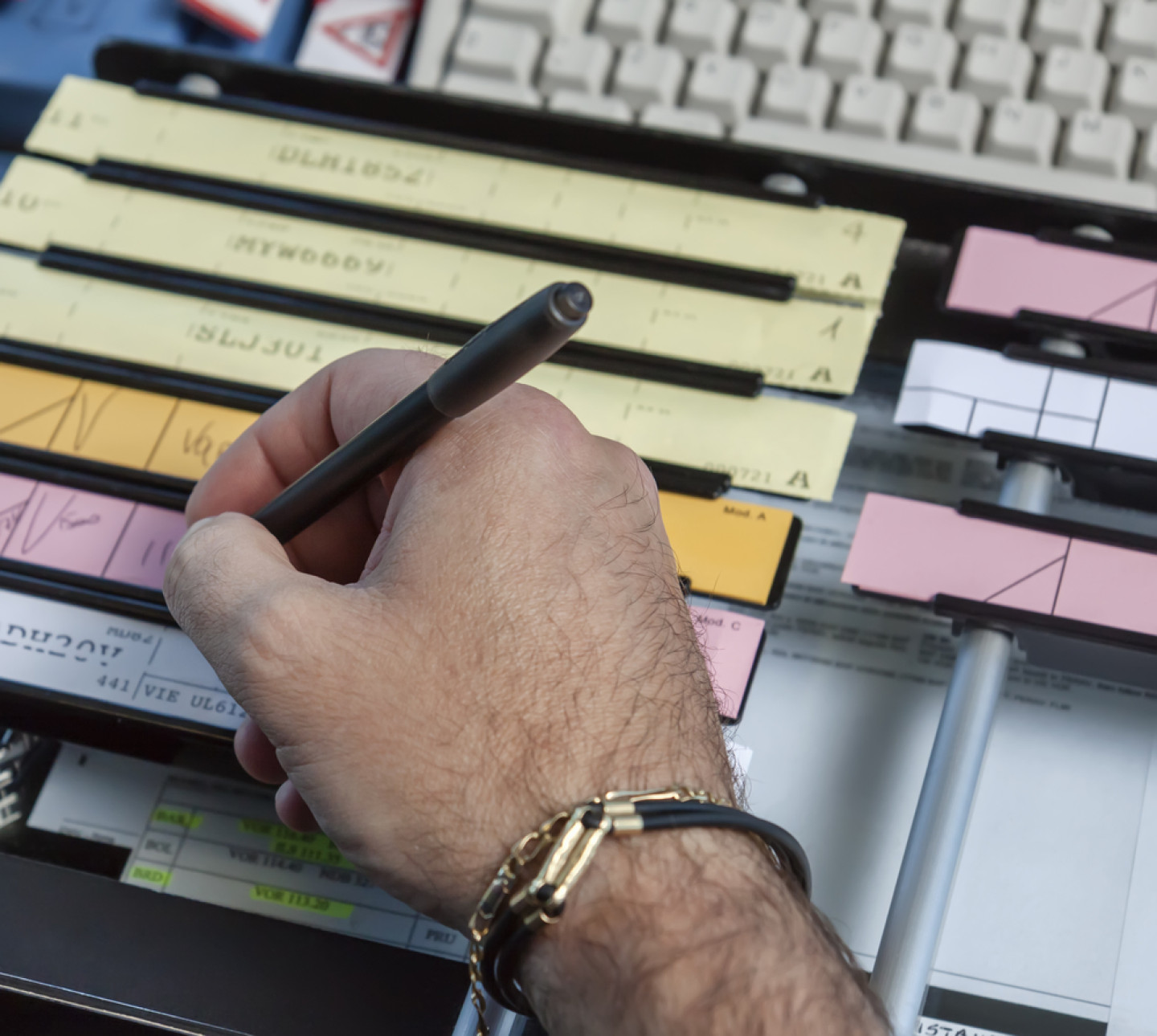 Restricted access to training facilities combined with possible spikes in traffic levels, and the replacement of ICAO’s COVID-19 Contingency Related Differences (CCRD) by a Targeted Exemptions System from 1 April give rise to many challenges related to training operational staff.  Since the out-break of COVID-19, airlines and ANSPs have been working to address challenges related to training, and drive solutions to ensure competency of operational personnel. Join us for the second episode to gain insights from industry experts on the respective measures airlines and ANSPs are taking as well as best practices that can be implemented during the recovery phase.