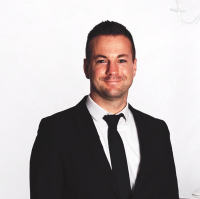 Jean-François Lepage was appointed as Liaison Officer to the International Civil Aviation Organization (ICAO) Air Navigation Commission at the 2015 IFATCA Conference in Sofia, Bulgaria, and he has served the Federation in this role since then. On top of his functions in the ANC, he also represents IFATCA on the Next Generation of Aviation Professionals (NGAP) Working Group and on the Competency-Based Training and Assessment Task Force (CBTA-TF).

Following a career as a commercial pilot (CPL) in Canada, Jean-François entered air traffic controller training at the age of 20. He obtained his licence at the Montréal Area Control Center in 2006 in the 'North Specialty', which covers the province of Québec and a large portion of the Hudson Bay, Nunavut and the Atlantic Ocean. This sector group controls approximately 1 million square nautical miles, using procedural (non-radar) and surveillance (radar and ADS-B) control, as well as CPDLC and ADS-C.

After a while he became involved in technology and automation implementation, training, quality assurance, proficiency and other projects. In 2013, he became an operational team supervisor and was in charge of the oversight of proficiency and refresher training. He holds a Bachelor Degree in Business Administration from the Université du Québec à Montréal.

With a variety of experience at a global level, with ICAO, and close collaboration with IFALPA and IFATSEA, he has gained a thorough understanding of international aviation rulemaking processes, national regulatory environments, and considerable experience in drafting and presenting working papers. He has also a thorough understanding of ICAO mechanisms and SARPs making process.

He serves the Federation at the endorsement of his home association, Canadian Air Traffic Control Association. a) Serve as the designated IFATCA observer to the ICAO Air Navigation Commission;

b) Maintain IFATCA’s presence and participation in relevant ICAO meetings and discussions on matters before the Air Navigation Commission;

c) Serve in Montreal during designated sessions of the ICAO Air Navigation Commission, ICAO Assemblies, Air Navigation Conference and ICAO Symposia to the extent practicable considering, among other things, limitations related to immigration status in Canada;

d) Establish and maintain contact with the ICAO Secretariat and other International Organizations in the ICAO community, for the purpose of promoting and maintaining the aims and objectives of IFATCA;

e) Manage and coordinate the IFATCA Representatives to ICAO’s International Panels, Work Groups, Study Groups and Task Forces to ensure that IFATCA’s concerns in their specific field of expertise are maintained and expressed as the issue works through the ICAO process;

f) Provide guidance to IFATCA Representatives to ICAO Panels, Work Groups, Study Groups and Task Forces on the ICAO processes to ensure their roles are as effective as possible;

h) Serve as an ex-officio member and attend meetings of both the Technical and Operations and Professional and Legal Committees for the purpose of ensuring issues, concerns and expertise of relevant Standing Committees are included in IFATCA’s role in ICAO and to provide the committees with information, understanding and guidance on the issues in the ICAO process;

i) Serve as a non-voting ex-officio member of the Executive Board for the purpose of ensuring the global and regional strategies of the Federation are synchronized with activities at the various ICAO fora;

j) Raise with the Executive Board immediately any items of special or significant interest as they arrive from ICAO;

k) Undertake other duties relating to ICAO as required by the Executive Board.