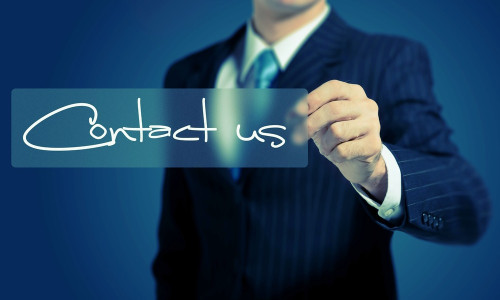 ICAO is there to assist with SID/STAR phraseology implementation!

SIDs and STARs have proven to be effective means of ensuring that the flow of traffic to/from an airport is as efficient as possible and that potential conflicts are procedurally and safely managed. This is particularly so when combined with optimum airspace design in a PBN environment. Additionally, they provide a means of prescribing and representing the large amount of information associated with the lateral and vertical profiles an aircraft is required to fly. The use of associated standard phraseology then allows air traffic controllers and flight crew to communicate and understand the potentially complex clearances associated with flying SIDs and STARs.

As traffic volumes increase, combined with the demand for Continuous Climb Operations (CCO) and Continuous Descent Operations (CDO), SIDs and STARs will become even more important for efficiency. This can also be seen as a step into the future as we move towards an era of trajectory-based operations (TBO).

However, over time, some of the benefits of SIDS and STARS have been eroded as diverging and sometimes conflicting meanings were attached to elements of the phraseology. In particular, there were reports of significant variances in the application of level and speed restrictions, leading to misunderstandings between flight crews and controllers, a number of incidents and a very real safety risk.

To mitigate this risk and at the request of the aviation community, in 2012 ICAO launched an activity to refresh and reinforce the existing standard phraseology associated with SIDs and STARs that had been in use since 2007.

The work was undertaken by the ICAO ATM Operations Panel (ATMOPSP), with extensive consultation throughout the development process. The agreed outcome was published in a state letter (ref: AN 13/2.5-15/40) as Amendment 7-A to PANS-ATM with an applicability date of 10 November 2016.

Why the need for new phraseologies?

The new 2016 phraseologies have been based upon a number of essential considerations, such as the need for controllers to communicate their intention to the flight crew clearly and succinctly and for the flight crew to fully understand the controller's intent. Clarity of clearances for speed and level restrictions on SIDs and STARs, including the waiving of published restrictions, have also been considered. Overall, the principle is that of explicit instructions, with no room for implied clearances. Care is also taken to ensure that the 2016 phraseology does not contradict existing phraseologies, that it is identical for SIDs and STARs and that it is suitable for global implementation.

Although at first glance the 2016 phraseologies appear to increase the number of words required, experience indicates that it does not significantly add to radiotelephony workload, particularly as experience is gained and certainly if the airspace and procedures are well designed. The slight increase in the number of words is compensated for through a reduction of confirmations and clarifications, as well as an increase in safety through added clarity. Of course, as for all implementations, there may be initiation issues such as additional queries from pilots who are either unfamiliar or have experienced non-standard phraseology. However, ANSPs that have successfully implemented have generally seen these issues quickly diminish and have experienced an increase in safety.

As an example, SID-STAR-related incidents recorded in one Middle East State reduced by 78% after the implementation of the 2016 phraseology. It should be noted that this particular deployment was preceded by an enhancement of their nationwide route structure, incorporating elements of PBN and CCO/CDO.

Whilst the phraseologies have been applicable since 10 November 2016, by which date global implementation should have been completed, the actual picture is less ideal. Many States have indeed successfully completed their implementation, but others have yet to start. There are also instances of States choosing to delay or defer the implementation process, providing some valuable 'lessons learnt'. There is also at least one State that has, to-date, retained a variant of the procedures where the difference in procedures might either prove confusing or even be unknown to flight crews.

Considering the need for a globally harmonized and timely implementation, efforts have been made to identify and understand the challenges being faced. These include:

- The need for ATCO training, which has in some cases been underestimated;
- A low level of awareness of the new provisions amongst pilot communities;
- uncertainty among flight crews, and resultant additional RTF associated with consequential queries;
- Reports of an increase in ATCO workload, in particular, RTF associated with clearances and queries;
- In extreme cases, incorrect actions being taken by flight crews;
- Finally, some issues relating to the adaption of local ATC systems.

Some of the issues described above, such as awareness, are perhaps associated with the early days of an implementation and will diminish over time. However, others such as training, have a longer lasting impact and have been observed to jeopardize an implementation's success.

It is also the case that some of these challenges may be amplified by the slow pace of deployment, leading to the situation where different procedures (i.e. legacy and 2016) are coexisting globally, within regions and even between neighbouring States.

Despite the challenges observed above, there are many examples of a smooth implementation. Such examples have been underpinned by careful planning, training, communications and post implementation monitoring. However, even with such careful preparation, the challenges should not be underestimated, with constant monitoring of risks and mitigations required.

What needs to be done

In recognition of the safety imperative, the harmonized and timely deployment of the 2016 SID/STAR phraseologies are a high priority for ICAO with a parallel expectation from the wider aviation community.

ICAO therefore intends to help States and ANSPs to address the known challenges. This will be achieved through the sharing of experience, best practices and the provision of technical support. This activity will be led by an ICAO SID/STAR Implementation Support Team (ISSIST) that has been formed within ICAO's Air Navigation Bureau (ANB), involving not only experts from within ICAO HQ, but also the ICAO Regional Offices and designated focal points from key international organizations, including IFATCA and IFALPA.

The ISSIST has developed a project plan for its activities, which will include establishing baselines, identifying and executing needed support, developing and executing a communications plan and acting as a focal point for implementation support.

The target for completion of all tasks associated with the project plan is the end of March 2019. Success of the actions taken by ICAO in support of the global and harmonized implementation of agreed and published SID/STAR procedures will be monitored both during and after the activities described above.

ICAO is there to help!

Through its Member States and other aviation stakeholders ICAO became aware that the variations in the phraseologies relating to SIDs and STARs posed a safety risk that could not be ignored, with action being taken via the ICAO ATMOPSP.

The consequent amendment to SID and STAR phraseologies has addressed these difficulties, most notably those relating to the applicability of published level or speed restrictions.

The worldwide understanding and harmonized implementation of the 2016 phraseologies is acknowledged as a key element in ensuring that aviation maintains its impressive safety record. Of paramount importance is ensuring that both flight crews and controllers are on the same page, with training recognized as a cornerstone. Considering this, implementation support is being put in place by ICAO.

For further information the ISSIST can be contacted at: [email protected]

Phraseologies for removal of speed or level restrictions

- DESCEND VIA STAR TO [level], CANCEL LEVEL RESTRICTION(S) AT [point(s)]

1. The lateral profile of the procedure continue to apply; and

2. Speed or level restrictions which have not been referred to will continue to apply.

Phraseology to return to SID/STAR

This phraseology means that:

- DESCEND VIA STAR TO [level]

These require the aircraft to:

1. Climb/descend to the cleared level in accordance with published level restrictions;

Speed and level restrictions associated with the bypassed waypoints are cancelled.