Home / About IFATCA / The Executive Board / President & CEO 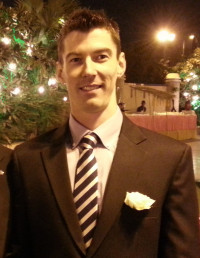 Following a brief journey as a student pilot in Australia, Duncan entered air traffic controller training at the age of 20. His first rating was the airspace formerly known as 'West Procedural' controlling Western Australia and a large portion of the Indian Ocean from Melbourne Area Control Centre. This sector group controlled approximately 7 percent of the Earth using procedural (non-radar) control methods.

After a while he became responsible for local procedures and change management for various sector groups interfacing with safety management systems, safety hazard identification and safety assessment processes. After enough time at Melbourne ACC Duncan transferred to the Sydney Terminal Control Unit, where he worked both Sydney Approach and Sydney Departures. He now works as an Air Traffic Services Aviation Safety Inspector for the General Civil Aviation Authority of the United Arab Emirates in Abu Dhabi.

As a member of various ICAO Panels & groups over the years he obtained a valuable understanding of the change processes and internal mechanics of ICAO. Over several years he found some time to attain a Master’s Degree in Aviation Management which, combined with the experience at a global level, has provided him with a thorough understanding of international aviation law, national regulatory environments, and considerable experience in drafting and presenting working papers, and writing technical based procedures.

His time as EVPT has allowed him to promote and enable change in aviation which otherwise he would not have had the chance to do. Of particular focus was safety initiatives such as our safety culture workshops in the African Region.

He serves the Federation at the endorsement of his home association Civil Air Australia.