Home / About IFATCA / The Executive Board / EVP Technical 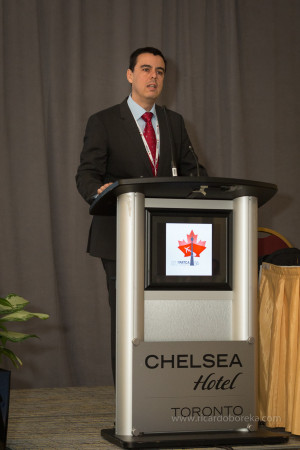 Ignacio Baca has been an air traffic controller since 2001. He worked first as an en-route controller in Barcelona ACC before moving in 2006 to Madrid ACC where he also obtained his qualification as On the Job Training Instructor (OJTI). Before his training as a controller he had earned a degree in aeronautical engineering from the Technical University of Madrid and had been involved in projects related to ATM of the 4th and 5th Framework Program of the EU. Although he has always performed as an operational controller, he has also participated in several activities regarding training and validation.

Ignacio joined IFATCA’s Technical and Operations Committee (TOC) in 2011 and was elected in 2012 to chair it for two years. Still an active member of the TOC in 2016, he was appointed as IFATCA's representative to the ICAO Surveillance Panel. One year later, during the 2017 Toronto Conference, he was elected EVP Technical.

He is also a regular contributor of the Federation's magazine, The Controller, having written a dozen articles aimed to disseminate new concepts and explaining the technical policies of the Federation. He as also a frequent author of articles for the Spanish ATC Magazine.

Apart from air traffic control, Ignacio is also passionate about history, having earned a degree on the subject in 2009. The Executive Vice-President in charge of technical matters is responsible for the supervision of work programmes of the technical committees and task forces of the Federation.