Home / About IFATCA / The Executive Board / EVP Europe 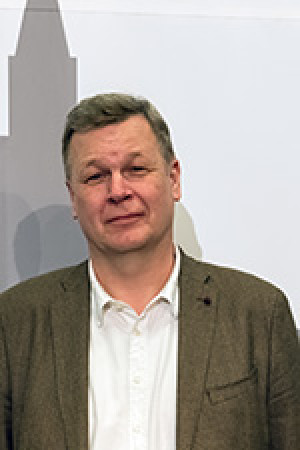 Tom Laursen has been an Air Traffic Controller since 1989. He is currently based in Copenhagen and currently works as en-route controller in the Copenhagen ACC. Tom also worked in Bahrain (1991-93) and in Switzerland from (1995-2008) both as en-route, approach and tower controller.

Besides being an air traffic controller, Tom Laursen holds a master degree in Human Factors in Aviation from the university of Linköping, Sweden and has extensive experience in safety from his work in the safety department of skyguide., where he was Head of Occurrence Management and Deputy Safety Manager.

Tom’s involvement with IFATCA began in 2003 when participated to the IFATCA conference in Buenos Aires as a board member of the Swiss Association. Since then, he worked as an advisor in safety matters for the federation. After returning to Denmark in 2008, he continued his work for IFATCA under the umbrella of the Danish association. Since 2011, he became an IFATCA representative to the SESAR project.

The Executive Vice-President Europe shall be:

- responsible for liaison with Member Associations within the Europe Region;

- ex-officio member of any committee of the Federation which may beassigned to the Europe Region;

- responsible for fostering contacts with non-member associations in theEurope Region, and encouraging the affiliation of such associations;

- responsible to oversee the activities of his region.