Home / About IFATCA / The Executive Board / EVP Americas 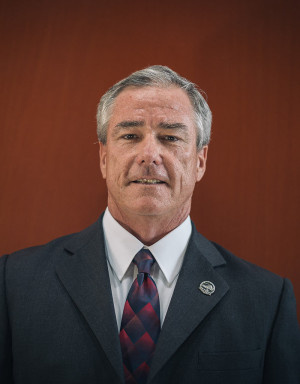 John S. Carr is a retired air traffic controller and past International President of the National Air Traffic Controllers Association, AFL/CIO. John completed his second term as president of the National Air Traffic Controllers Association in the fall of 2006. Prior to his election in September 2000 he worked as an air traffic controller in the United States Navy at Corpus Christi, Texas and on-board the aircraft carrier USS Dwight D. Eisenhower, followed by stints at towers and approach controls at Kansas City International Airport, the Chicago Terminal Radar Approach Control (TRACON) and Cleveland Hopkins International Airport.

Throughout the past 30 years, John has served in numerous Association leadership positions. John was a member of NATCA's 1998 Contract Negotiating Team, a Facility Representative Training Course Instructor, a facility representative, crew representative, secretary, treasurer and President. John is an outspoken advocate not only for air traffic controllers but for the flying public as well.

Combining success on Capitol Hill with strong popular support for air traffic control issues, he continues to contribute as a policy-making voice for air traffic safety. John has extensive experience in discussing with politicians, trade groups and aviation alliances, as well as bringing a message to media and the general public. Confident and often humurous, he can convery his message to suit any audience, from individuals to national television.

John Carr resides with his wife and four children in Tampa, Florida USA. The Executive Vice-President Americas shall be:

- responsible for liaison with Member Associations within the Americas Region;

- ex-officio member of any committee of the Federation which may be assigned to the Americas Region;

- responsible for fostering contacts with non-member associations in the Americas Region, and encouraging the affiliation of such associations;

- responsible to oversee the activities of his region.